I. Reception by the Mayor of Arcos de Valdevez

On March 3rd, the Pro-comp Project team was received at the City Hall of Arcos de Valdevez by Councillor Emilia Cerdeira. She welcomed the group and made a historical and geographical framework of the region, as well as its main economic activities. She also explained the importance that adult education, more specifically the Processes of Validation and Certification of Skills have for the local development and in the lives of local citizens, especially for those at risk of social exclusion. “These processes assume the role of a second opportunity for those who have seen, in the past, the need to interrupt their school career”.

II. Intervention by a Representative of the Red Cross / Humanitarian Association of Voluntary Firemen of Arcos de Valdevez

The representative of the Red Cross and the Voluntary Firemen of Arcos de Valdevez, Vitor Fernandes, began by welcoming the group and thanking them for the invitation to talk about the work developed in the two Institutes in which he worked and works.
His intervention focused on the work that is developed with citizens at risk of social exclusion, especially with women victims of domestic violence. He explained that the projects developed with the adults assume a role of primary importance in the change of vision that they have of themselves, as well as, the society that surrounds them. Sometimes these users are labeled due to the social problems of the family and are not given an opportunity to show their individual skills and abilities.
When they attend these intervention programmes, they end up changing their vision of themselves and consequently change the vision that others have of themselves, feeling an integral part of their locality. He also highlighted the importance that education, especially the Processes of Recognition, Validation and Certification of Skills, has for the personal development of these people and for the acquisition of skills that will facilitate their reintegration into the labor market.

III. Presentation about the Qualifying Center

The scope of intervention of the Centre was presented, as well as the different stages contemplated and some tools for collecting information. Practical work.

During the morning of day 4 the Pro-Comp group followed in a real context a group of adults who are developing a RVCC process for the completion of Secondary Education. Here they had the opportunity to make contact with the work that the team of the Qualifying Centre does in the field with the adults. They explored the documentation that supports the Validation and Certification of Skills.
There were moments of reflection/debate between the team and the group of adults. 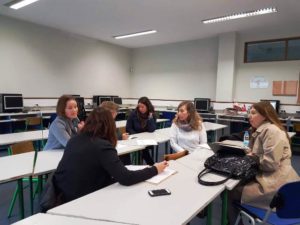 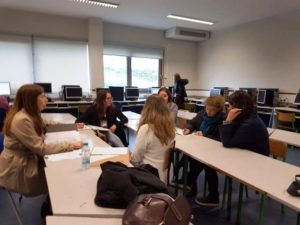 The former Mayor of Ponte da Barca and former Head of Finance, Mr António Vassalo, was invited to give his testimony.
During his speech he spoke about his experience in developing a process of Recognition, Validation and Certification of Skills. He highlighted the importance that this type of educational response has for the lives of citizens who have had to interrupt their school career in the past.
Although in his personal case he did not have the need, in professional terms, to finish high school, he said that he did it to set an example for those who worked with him. His intention was to convey that “it is never too late to invest in education, no matter what situation we find ourselves in”.

It considers the RVCC processes a very important second opportunity for those who have not had the possibility to complete their routes in the past.
It was also created a moment of questions and answers between the Pro-Comp team and the guest.

VI. Presentation in front of the jury (adults that are developing a RVCC Process)

During the afternoon of March 4th 5 adults, who were developing the RVCC process, made their presentation in front of the jury.
The Pro-Comp team had, thus, the opportunity to attend “in loco” 5 different presentations adapted to the reality of each adult.

VII. Conclusion of the Work Groups 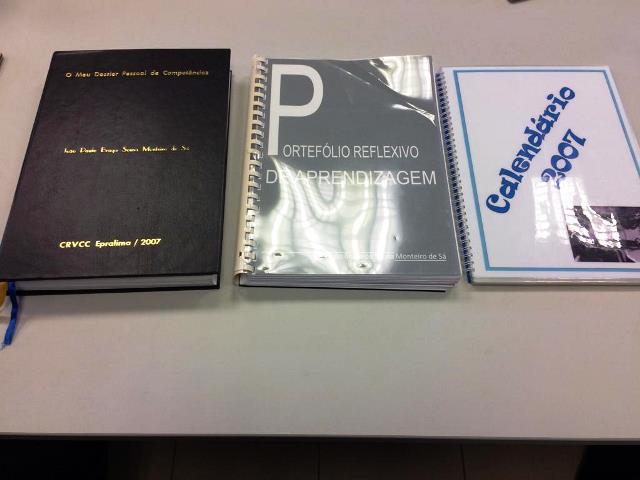 After this period of discussion/conclusion was done the evaluation of the T. Event and the distribution of certificates. 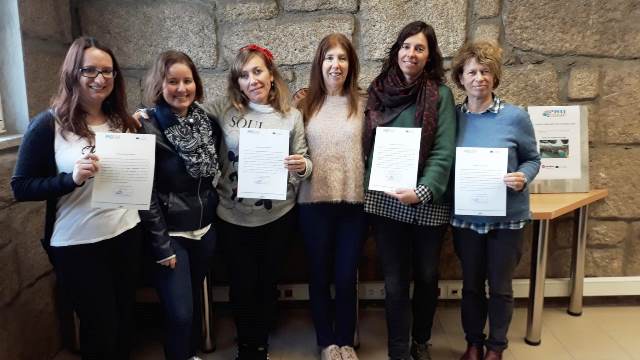 During the afternoon the group went to the city of Viana do Castelo for a cultural visit.

Qualifying Center’s and the Recognition, Validation and Certification of Competencies Process (PDF):